​​​​​Did you know?-Generations of Family Hydraulics

​There are over 4 generations of Rupe Family hydraulics! This hydraulic empire all started back in 1956 with both of Tom Rupe's grandfathers being involved in the trade and were actually in competition with one another. Tom's father (Jack Rupe) and uncle (Bob Rupe) purchased the family "business" in 1977. Tom and his brother (also Jack Rupe, aka J.L.) became partners of their father's company in 1985 and at that time they were the largest hydraulic shop in 8 western states. Tom eventually branched out on his own and formed his own area of hydraulics resulting in TLR. Here's the website to J.L.'s Hydraulic Repair Estimator Tool:

Tom's oldest son, Tommy, is and has been involved in the trade since before he was 16 years old. He and his wife, Amy, own their shop, TLR Hydraulic & Air, located in San Antonio, TX.  Here's a the website for Tommy and Amy's Shop: http://tlrhydraulic.com/

Zach manages the I-20 location and has been involved since before the age of 14.

Max also works at the I-20 location and has been there since he was 18!

Stephen, married to Mollee (one of Tom's daughters), has been with the company for over 10 years and oversees the new PUMP Division! 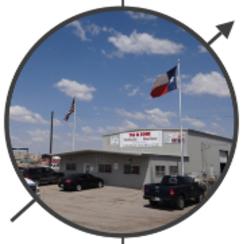 Tom has been in the hydraulic field for over 35 years. During his years of experience he has been an owner of one of the largest hydraulics facilities in the United States, has built numerous stores for Caterpillar and has done many projects on his own. Tom has been through numerous schools including Paul Monroe, Caterpillar, Tom Thomas Engineering, Hercules, Parker, Rex Roth and currently continues his education. Currently, Mr. Rupe is looking to take all of his years of experience and serve the Permian Basin at the Midland/Odessa, Texas location.

TLR and Sons Hydraulics & Design, Inc. has served the West Texas are for over 10 years. Owners Tom and Leslie Rupe, are working hard to provide the best service possible for any and all hydraulic problems that may arise. We are a family owned and operated workplace with a full machine shop specializing in oilfield equipment and rig repair, along with the repair of all hydraulics, cylinders, valves, pumps, motors, etc. 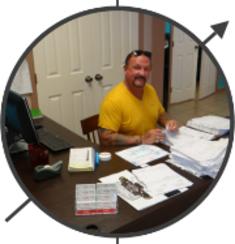 Leslie Rupe is dedicated to TLR customers. At TLR, our customers are our number one priority. We strive to provide the best service possible and top notch customer satisfaction! We have highly-dedicated office staff to ensure that customer's needs are being addressed at all times. 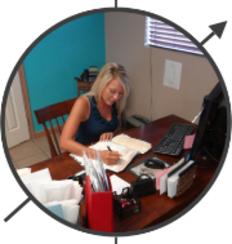 ​TLR & Sons-Interstate 20 location has been the home of creating two cross cylinders in the 3rd Transformers movie: Dark of the Moon. These cylinders measured 62 ft. long with 20 ft. x 20 ft. flanges, with 24 in. bores, and 16 in. rod. The cylinders were responsible for making the sky scraper shake and tilt. They are in the scene of the movie where everybody is falling out of the sky scraper.

​Did you know?​-Other Fun Facts

Tom Rupe has been involved in creating hydraulic systems in many other movie sets along with his father and brother in the studios of California. SOME of these include Blown Away with Jeff Bridges, Turbulence, Batman, and Speed 2. He has also built systems for floats in the Rose Parade and even designed a system for WaterWorld, a show at Universal Studios-Hollywood!